That's Entertainment--Free to Stream in Your Room
THURSDAY, MAY 2, 2019 -- Every bored business traveler knows that there are times--many of them, actually--when the entertainment options on the road simply do not cut it.

Sure, you could stream stuff using various subscription services and some hotels even let you tap into Netflix on their in-room TVs. But wouldn't it be great to sit down to genuine, time-tested movie classics--all for free and at a time that's most convenient for you?

There are tons of great movies whose copyrights have expired. That means they're in the public domain--as in, they're free to watch on platforms like YouTube. And it's not obscure and/or forgettable flicks, either. You will find major films with legendary stars (Cary Grant, Frank Sinatra, Audrey Hepburn, Fred Astaire, Humphrey Bogart), top-tier directors (Howard Hawks, John Huston, Frank Capra) and fabulous source material (from Hemingway and F. Scott Fitzgerald among others).

Here are a baker's dozen of our favorite freebies complete with their YouTube links. All are guaranteed to make you forget about your lousy flight, the report you still need to finish before tomorrow's big presentation and the overpriced microwave popcorn you just bought from the grab-and-go market in the lobby. 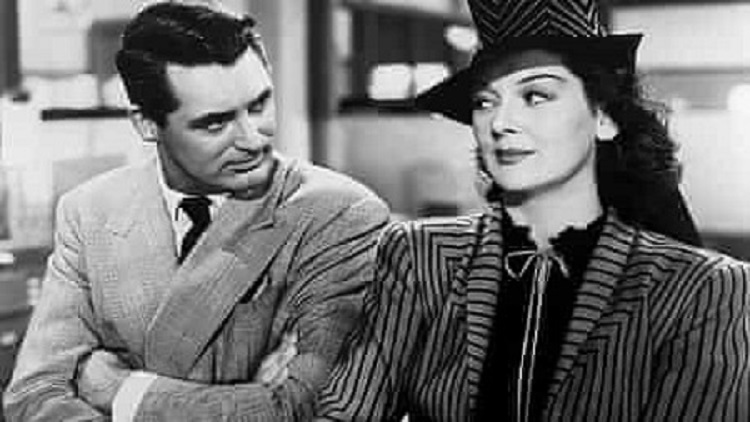 HIS GIRL FRIDAY
The legendary Howard Hawks produced and directed this 1940 film adaptation of the Broadway play The Front Page. This is fast-talking screwball comedy at its absolute finest, starring Cary Grant and Rosalind Russell (left) with Ralph Bellamy and Gene Lockhart. The play remains copyright-protected, but this movie version entered the public domain because Columbia Pictures allowed its copyright to expire. Their loss, our (very big) gain.

CHARADE
Stanley Donen's 1963 Hitchcock-like romantic thriller stars none other than Cary Grant and Audrey Hepburn. Walter Matthau, James Coburn, George Kennedy and the city of Paris play huge supporting roles. Henry Mancini wrote the score, including the Oscar-nominated Johnny Mercer-penned theme song. Universal Pictures inexplicably neglected to copyright the movie when it was released, so Charade has always been in the public domain. Free movies don't get much better than this.

THE STRANGER
Orson Welles directs and stars in this 1946 film noir classic about a war-crimes investigator tracking down a Nazi fugitive in a Connecticut college town. Edward G. Robinson and Loretta Young also star in the movie, the first Hollywood production to include actual footage of the Holocaust. It was Welles' only box-office success--nope, Citizen Kane was a financial flop when it was released. The copyright of The Stranger was never renewed and so it moved into the public domain.
SUDDENLY
Frank Sinatra was rightly praised for his dramatic performance in this 1954 crime drama. He plays an assassin hired to kill the President of the United States as his train passes through a quiet California town. The wonderful Sterling Hayden plays the town sheriff. The movie was colorized in 1986 but turned Sinatra's famous blue eyes to brown. Stick with the original black-and-white version linked here. 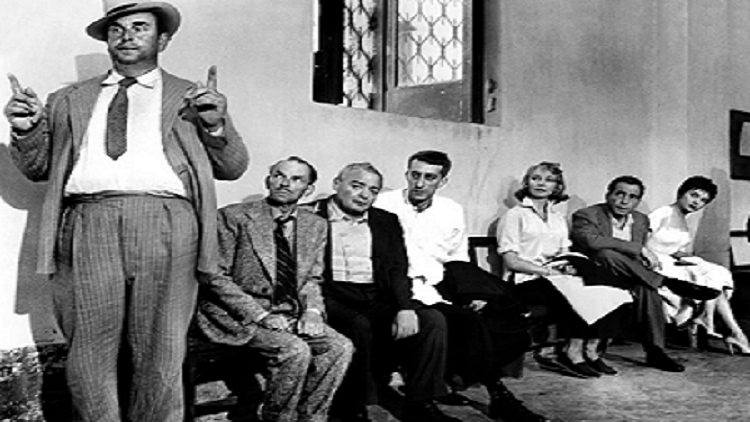 BEAT THE DEVIL
Never heard of this 1953 adventure-comedy? You are not alone. But talk about pedigree. John Huston directs and he co-wrote the screenplay with Truman Capote. Humphrey Bogart and Gina Lollobrigida star in it. So do Peter Lorre, Jennifer Jones and Robert Morley (left). While you watch, try and catch the times when Bogart's lines are dubbed by then-unknown Peter Sellers. (Bogie lost a few teeth in an accident during filming and couldn't speak so well for a while.)

THE ACCUSED
This 1949 Hal Wallis production doesn't get nearly the attention it deserves. Loretta Young and Robert Cummings star, she as a professor who kills a student that tries to rape her, he as the dead student's guardian. Both are terrific, as is the entire William Dieterle-directed film noir classic. Give it a go, you won't be sorry.

THE HITCH-HIKER
True movie buffs will want to see this 1953 crime drama, if only for its historical significance. It's the first American film noir directed by a woman, the fabulous Ida Lupino. She also co-wrote the screenplay, based on a real-life killing spree over 22 days in the early 1950s. The movie stars the familiar Edmond O'Brien, along with Frank Lovejoy and William Talman, who went on to television fame as Hamilton Burger, the DA who always always lost to Raymond Burr's Perry Mason.

HOUSE ON HAUNTED HILL
This 1959 horror classic is a personal favorite. Vincent Price plays a wealthy eccentric who invites five people to a "haunted house" party. If they can manage to spend the entire night inside the house--and leave in the morning alive--they'll receive $10,000 each. If nothing else, you can turn up the volume so the people in the room next to yours will wonder where all the screaming's coming from.

A FAREWELL TO ARMS
Ernest Hemingway's 1929 novel about an American ambulance driver and a British nurse during World War I made it to the silver screen twice. This is the 1932 version with Helen Hayes, Gary Cooper and Adolphe Menjou. Hemingway wasn't keen on this Frank Borzage-directed adaptation, but the movie was nominated for Best Picture and won for best cinematography and also for sound.

MEET JOHN DOE
The legendary Frank Capra produced and directed this 1941 comedy-drama with Barbara Stanwyck and Gary Cooper. Walter Brennan and Edward Arnold were the co-stars. It has all of the trappings of a Capra yarn: a feisty newspaper columnist, a down-and-out former baseball player, even a Christmas Eve suicide attempt. How could you go wrong?

ROYAL WEDDING
Tell the truth. Sometimes nothing but a musical comedy will do. Check out this 1951 pairing of Fred Astaire and Jane Powell. They play dancing siblings with a hit Broadway show that gets booked to play at the royal wedding in London. This is the movie where Astaire famously dances up and down walls and upside down along the ceiling. Very fun. Burton Lane and Alan Jay Lerner did the music.

THE LAST TIME I SAW PARIS
How's this for a knockout cast: Elizabeth Taylor, Van Johnson, Walter Pidgeon, Donna Reed and even Eva Gabor. It also marks the film debut of a future James Bond, Sir Roger Moore. The 1954 movie is loosely based on Babylon Revisited, F. Scott Fitzgerald's Jazz Age story. The film entered the public domain a decade earlier than it should have because of a typing error in the Roman numerals when the movie was released.

THE LITTLE SHOP OF HORRORS
Producer/director Roger Corman's 1960 cult classic was reportedly filmed in just two days--possibly for as little as $28,000. Most of the actors were unknowns and many stayed that way, though a young thespian named Jack Nicholson went on to a pretty decent career. Corman thought so little of the comedy's potential that he didn't even bother to copyright it.