The Dumbass Guide
To the Dow Jones
THURSDAY, MAY 14, 2020 -- When it comes to personal finances, I possess an uncanny ability to grasp just a little bit shy of jack shit.

My wife Joan, whose brain power far exceeds my own, isn't any smarter about money than I am. Hell, I know a lot more about the state of our retirement accounts than she does. And, like I just said, I know almost nothing at all.

In late February, just prior to the recent unpleasantness, I sent the following E-mail to a very nice man named Aaron:

"Yo, checked the portfolio this morning and looks like we finally hit that big number you set for us. I'll be damned. Dinner's on us, baby! Pick a place and we're there."

Aaron is our financial planner and has kept an eye on our investments ever since we decided that, well, somebody had to do it. Seriously. It wasn't so long ago when my and my wife's life's savings were sitting in the lowest-return financial vehicle there is: the savings bank about a mile away from our house. It was only white-knuckle fear that pushed us into the hands of a man like Aaron, one who could reallocate our funds with an eye toward building a better future. 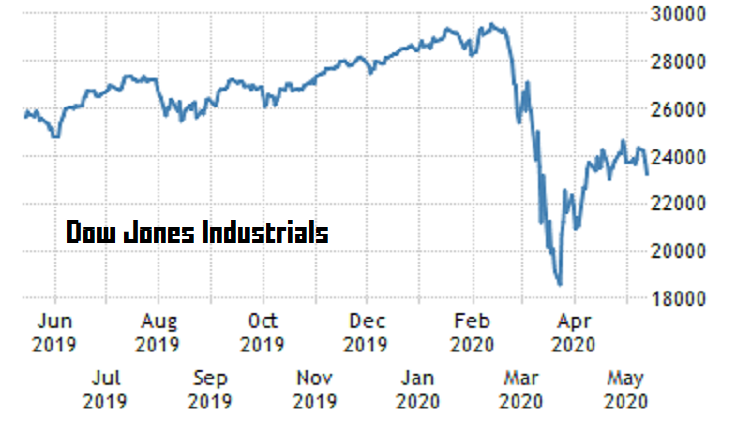 As it turned out Aaron was away on a skiing vacation with his family and so we agreed to set a date sometime after he returned. But no sooner was Aaron back in the office when along came a little thing called Covid-19.

Before you could say "Airline Bailout" better than a third of our savings had vanished by April. Every bloody dollar we had accumulated in the last six or so years was wiped away entirely, along with our dream of retiring in the coming year.

My next E-mail to Aaron was noticeably less ebullient:

"Dude. You should have taken me up on that dinner offer when you had the chance. Fuck me! Fuck us! Fuck everybody! Help!"

His response was typical finance-guy-with-a-long-memory-and-a-calm-disposition-type stuff: "This too shall pass," Aaron wrote. "You'll be springing for that dinner sooner than you think. I'm counting on it, in fact."

In other words, the damage has been done, so stand pat and don't do anything that you'll regret later.

You would think that weeks (and, at least as of today, significant financial recovery) later, my wife and I might have developed a more precise understanding of where exactly we stand as regards our future prospects. Aaron certainly has tried to explain things to me enough times, as I am kind of the point person for this particular marital unit.

Trouble is, whenever the guy opens his mouth and goes all Professor Finance Guy on me I don't understand a word he's saying. (See Paragraph 1.) In fact, I'm not too sure I understand the chart up there and how or whether it affects our retirement fund.

If any of this sounds at all familiar to you then at least you are part of a fairly large group of dumbass Americans just like me. People who wouldn't know a municipal bond from a municipal swimming pool.

It is positively breathtaking how ill-informed and/or ill-prepared so many of us are. I read a study not so long ago that scared the bejeezus out of me. It said that 45 percent of Baby Boomers have no retirement savings--none whatsoever. Like, zero. Around half of us are, or will be, entirely dependent on our Social Security benefits.

In other words, no clue. None whatsoever.

Oddly, I used to find myself calmed by these troubling statistics of group financial dumbassery. The whole safety-in-numbers thing, I suppose. Everybody, or at least a whole freaking mess of us, in the same boat, and all that nonsense.

But I don't feel that way anymore. Age has a way of stripping away the safety net of ignorance.

You see, monthly Social Security checks aren't gonna buy my wife and me very many coach seats to all the places we want to travel to over the next decade or so. Business class? Fuggedaboutit!

And yet Aaron does not seem at all concerned about my wife and me subsisting on canned sardines and traveling by Greyhound in our dotage. His many charts and graphs showing historical (and very bullish) stock market data certainly look convincing to me.

Then again, I'm a dumbass.