We're supposed to be months into baseball season already and not a single official pitch has been tossed. There was no March madness. No NBA or NHL playoffs, no French Open tennis, no Masters golf, no Indianapolis 500, no Kentucky Derby. There'll be no Summer Olympics in Tokyo.

But I've got your back. Now is a great time to be a sports fan of the past. Many of sports' greatest events are available online at YouTube and at zero cost. We're talking complete events in many cases, and in several different sports, enough to while away more than a few hours if you are so inclined.

SECRETARIAT'S TRIPLE CROWN
Before Secretariat's iconic run in 1973, thoroughbred racing hadn't seen a Triple Crown winner since Citation in 1948. In the final leg of the crown, the Belmont Stakes in New York, Secretariat beat the field by an astounding 31 lengths. As if that wasn't enough the run set the fastest 1.5-mile time (2:24) on dirt in history. This link brings you to all three legs of the Triple Crown, beginning with the Kentucky Derby and the Preakness. And you don't have to be a racing fan to love it. 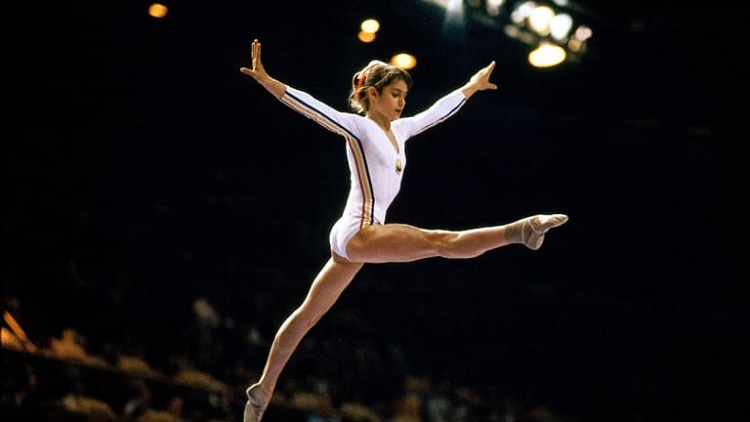 NADIA'S PERFECTION
I couldn't take my eyes off this footage of the 1976 Olympic Summer Games in Montreal. Not only did tiny Nadia Comăneci, the 14-year-old Romanian gymnast, score the first perfect 10 in Olympic history, she then followed it with six more perfect scores. Here are all seven of her perfect performances. Wow. Just amazing.

NOLAN RYAN'S SEVENTH NO HITTER
If you yearn for the days when pitchers took pride in finishing the games that they started, then look no further. On May 1, 1991, at the ripe age of 44, Nolan Ryan not only pitched his record seventh no-hitter, but he also struck out 16 batters in the process. Pitch count? Don't make me laugh. Baseball's all-time strikeout king threw 122 pitches that day--and it looked as if he could hurl half as many more. In his previous outing, Ryan had thrown 131 pitches. A little respect, please.

THE FIGHT OF THE CENTURY
Stripped of his World Heavyweight Champion title in 1967 for refusing to serve in the armed forces during the Vietnam War, Muhammad Ali's first chance to win it back came in 1971 against Joe Frazier. Neither boxer had ever been defeated before and the widely anticipated Madison Square Garden matchup guaranteed each a minimum $2.5 million purse. If you were around back then you know what a huge deal this boxing event was. And the fight itself, which went the full 15 rounds to a unanimous decision, didn't disappoint. After all these years, it's a thrill to watch it again.

KOBE SCORES 81
No game footage exists of Wilt Chamberlain's record 100-point game in 1962, so we had to settle for second-best. In January 2006, playing at home at the Staples Center, Kobe Bryant led the Los Angeles Lakers to a come-from-behind win of 122-104 against the Toronto Raptors. And, you know, scored 81 points in the process. If you're a basketball fan with time on your hands this could be a fine way to spend two and a half hours.

THE MIRACLE ON ICE
This was one of the greatest upsets in the history of sports--and you don't have to be a hockey fan to enjoy it. It's the entire final round in the 1980 Winter Olympics men's ice hockey competition between the United States and the Soviet Union. Having won gold in five of the last six winter games the Soviets were hugely favored to win yet again that year. Spoiler alert: Things didn't turn out as expected. Enjoy.

THE GOLDEN BEAR'S FINAL MASTERS
Three hours of golf sound like a swell way to spend part of a day in these turbulent times. But this isn't just any round of golf. It's the 1986 Masters Tournament and the guy who goes home with the green jacket is none other than Jack Nicklaus. At 46, the Golden Bear is the oldest man to win the tournament. It was his last major championship, so you might want to savor it.

BJORN BORG VERSUS JOHN MCENROE
We are talking the Wimbledon Finals, 1980, considered one of the greatest tennis matches ever. The fourth-set tiebreaker lasted 22 minutes and came in at 34 points. Borg and McEnroe were the top two tennis players of their time, playing at the pinnacle of their game. This link brings you to those final 22 minutes of the match. I won't mention who comes out on top--just in case you can't recall.

1969 WORLD SERIES, GAME 5
I will admit that the winner of this series happens to be my team from childhood. Nonetheless, in the annals of baseball championship series this matchup of the Baltimore Orioles and the New York Mets is legend. If you're jonesin' for some baseball--and what fan isn't right about now?--you could do worse than spend a couple hours watching the final game of this truly miraculous 1969 series.

BRIAN'S SONG
Sorry, just couldn't help myself. I mean, at least it's about sports, right? Plus, with Brian's Song, you can get in a good cry at the end. It's not gonna kill you to have a good cry, right There's no crying in baseball, but it's okay for football ...